Austin, Texas is a Government colonial city and famous for its rich culture, special architecture, entertaining shows and concerts. The love towards music and art can been seen through the time to time concert shows held at different auditorium, or at some renowned places of the city where presence of huge number of crowd of local people is a common scenery. Apart from all these things there are some facts about the city you must not aware of. So go through this article garb something new about the city.

Home of urban bats- From the month March to October thousands of migratory birds make their home under Congress Avenue Bridge and all together when they fly in the evening the scenery looks awesome. Many of the city dwellers come to see these migratory birds every evening.

Hook’em Horns- Hook’em Horns is the official symbol of Texas. This symbolizes the pride and joy of the city.You can see some similar faces depicting to this sign. These longhorns are used as a symbol of pride throughout the nation.

Live music capital – The Austin city is hometown for music lovers and music devotees. The city is famous in the world as alive music capital along with the music venues of about 100 in number, scattered throughout the city. The fans of music gathered here for the well known Music festival named City Limits which presents 130 bands in three days of music eve. 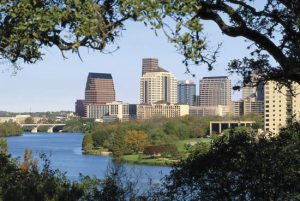 One of the safest cities in US-The Austin city is rated as 14th safest city in US by the forbes.com in the year 2009. It is been declared so by going through the news facts which says per 1, 00,000 people 3.1 murders ratio. So without any fear city is good for dwelling.

Arrest issue of Matthew McConaughey- Another interesting fun issue related to Austin, Texas is the arrest issue of Matthew McConaughey. The situation rose like one of his neighbor made call to police and complain that he was playing bongo drums at disturbing level. He was also charged for the possession of drugs but later on it was dropped. He had to pay fifty bucks for destroying the peace.

We have mentioned only few but important facts about the Austin, Texas out of the treasure of the city’s rich history.